We hope everyone has had a good week. There has been a lot happening in school this week and next week is equally busy. It is lovely to see so many activities and events that enhance the children's school experience restarting.

On Thursday our children took part in the Catholic Teachers’ Association annual netball tournament. We couldn’t be more proud of the Under 9 team as they showed excellent sportsmanship and determination to do their best and were very worthy competitors. Although not medal winners, the U9  teams were  both enthusiastic and impressive showing great promise for the future. They played well together as a team and it was lovely to see how they have developed their skills over the last year. Similarly the U11 team fought hard in all of their matches illustrating some fantastic team work. This U11 team is also powering their way through the local netball league on Monday evenings. Well done everyone.

As well as thanking the children for their hard work and the parents for such wonderful support and enthusiasm, I would like to acknowledge the adults who give so freely of their  own time. Mrs Gariff, Mrs Thomas, Mr Tasker and Mr Fletcher have coached after school CTA training clubs since Christmas and given up their evenings to support the children. Tuesday night Netball club has finished now for the season and Monday night's league matches will be completed this Monday also.

Kidderminster Harriers Football Club will continue after Easter for KS1 children from Reception, Year 1 and Year 2. We have had many responses but there are still 6 places available if you would like your child to join. Please contact Mrs Brown if you are interested. Thank you. 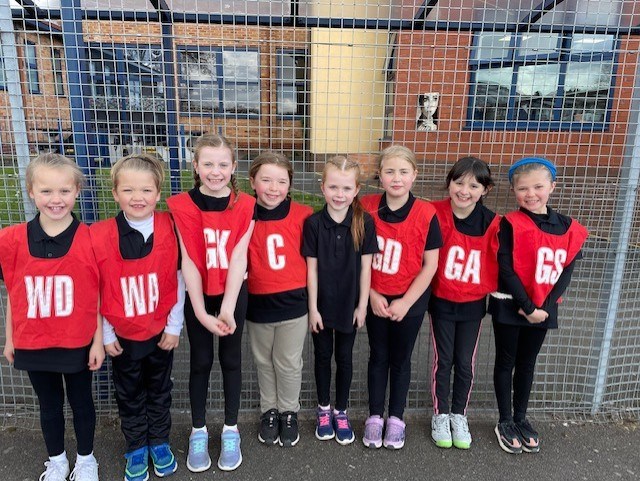 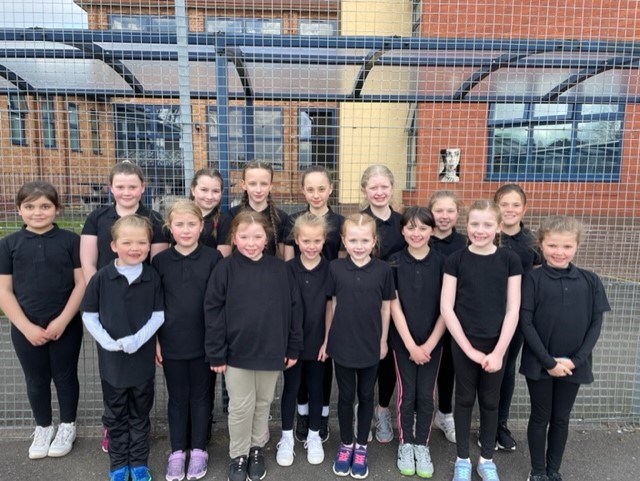 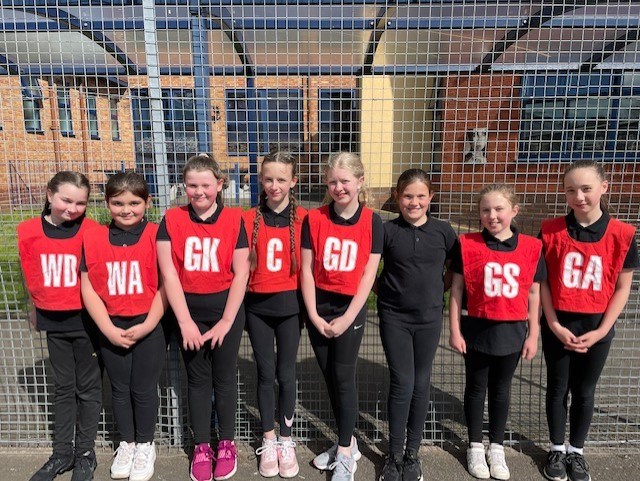 As has happened in previous years we are once again organizing a ' Decorate an Easter Egg' competition for the children. There is no charge for entering and the children are asked to just use their imaginations and any materials available to them to decorate a hard boiled egg. The entries need to be brought into school next Friday 8 April (the last day of term) and they will be judged by one of our school governors with a prize available for each class winner.

Parents of children who are due to start in Reception Class in September will soon be receiving offers of places . We may have some spare places in our Reception so I would encourage you to let anyone you know who has a child about to start school, and who may not have been offered their first choice, to contact us and come and have a look at our lovely school. Sometimes local families are not aware that we offer places to children who are not Catholic and we need this message to be passed on and would be grateful for your support with this.

We are looking forward to welcoming our potential Reception Class members to a Stay and Play session on Wednesday 6 April 1.30 -3.00pm.

One of our Year 3 children has been working hard to raise money for charity in his own time. Rupert decided that he wanted to pedal 100km in 31 days for Save the Children because he wanted to help the children in Ukraine. Rupert set out to raise £100 and has already exceeded that - his current figure stands at £310. We are so proud of you Rupert and wish you all the best in completing your challenge! 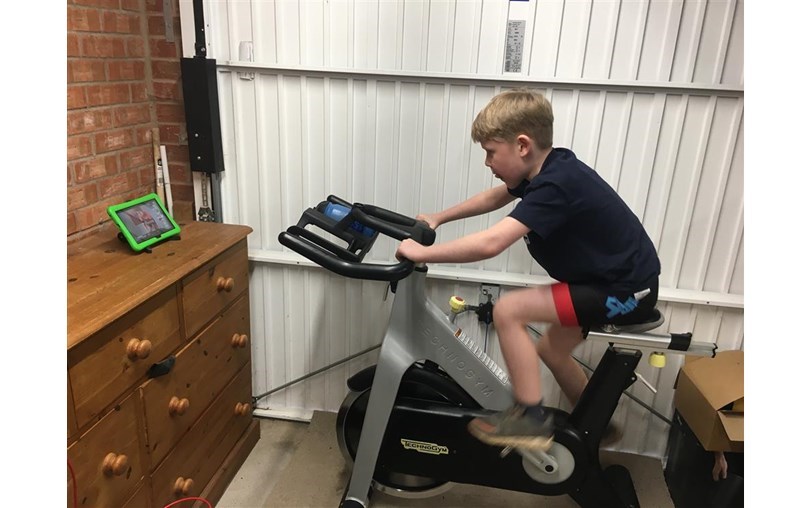 We are delighted to say that the Minnie Vinnies raised a grand total of £170.21 from their Mothers Day Breakfast last week. The Minnie Vinnies wish to send their donation to the Disaster Emergency Fund to support the people of Ukraine. Thank you to everyone who supported this fundraising event.

We have been asked to pass on two important messages from Wulstan's Lodge Nursery:

We are now able to offer nursery/pre-school spaces from September 2022. We offer fully funded spaces for 2,3 & 4 year olds. For more information, or to register contact Sally Bache on 01299 829032. We are a small setting, so our spaces are limited so please contact Sally if you are interested.

Also Wulstan's Lodge are holding their exciting Easter Holiday Club again, please see the leaflet below for details of how to apply for a place.

After Easter the children are able to wear summer uniform of red checked dresses and red polo shirts with shorts or trousers. Please note checked shorts/skirts or all in one 'jumpsuit' style are not part of our uniform. Red sandals are permitted but please do not send your child in open toe sandals. Summer uniform is not obligatory if your child prefers to carry on wearing white shirt and tie. Could I also remind you that extreme haircuts, shaved or bleached, are not permissible. We are grateful to all parents who adhere to the school uniform policy thus ensuring we maintain high standards of appearance and consequently attitude and behaviour. Thank you.

This week the whole school had the opportunity to take part in a Lent Retreat delivered by both Dan and Emily of One Life Music. We reflected on how much Jesus loves us that he gave up his life for us. No greater love! This spiritual time allowed us the opportunity for more time spent in prayer and contemplation and also allowed us to strengthen our relationship with God.

Yesterday was a very exciting day for Year 3 as the children celebrated their First Reconciliation. Father Richard came down to our school today so that the children could receive the grace of forgiveness and repentance. The children have also been working very hard with Mrs Hulbert and Mrs Mallinson to prepare for their First Holy Communion.

Mrs Mallinson is a very proud teacher this week for another reason. She has shown Mrs Savage (and all other visitors) the work Year 3 have produced for their final piece of writing about ‘Stone Age Boy’. Congratulations Year 3. 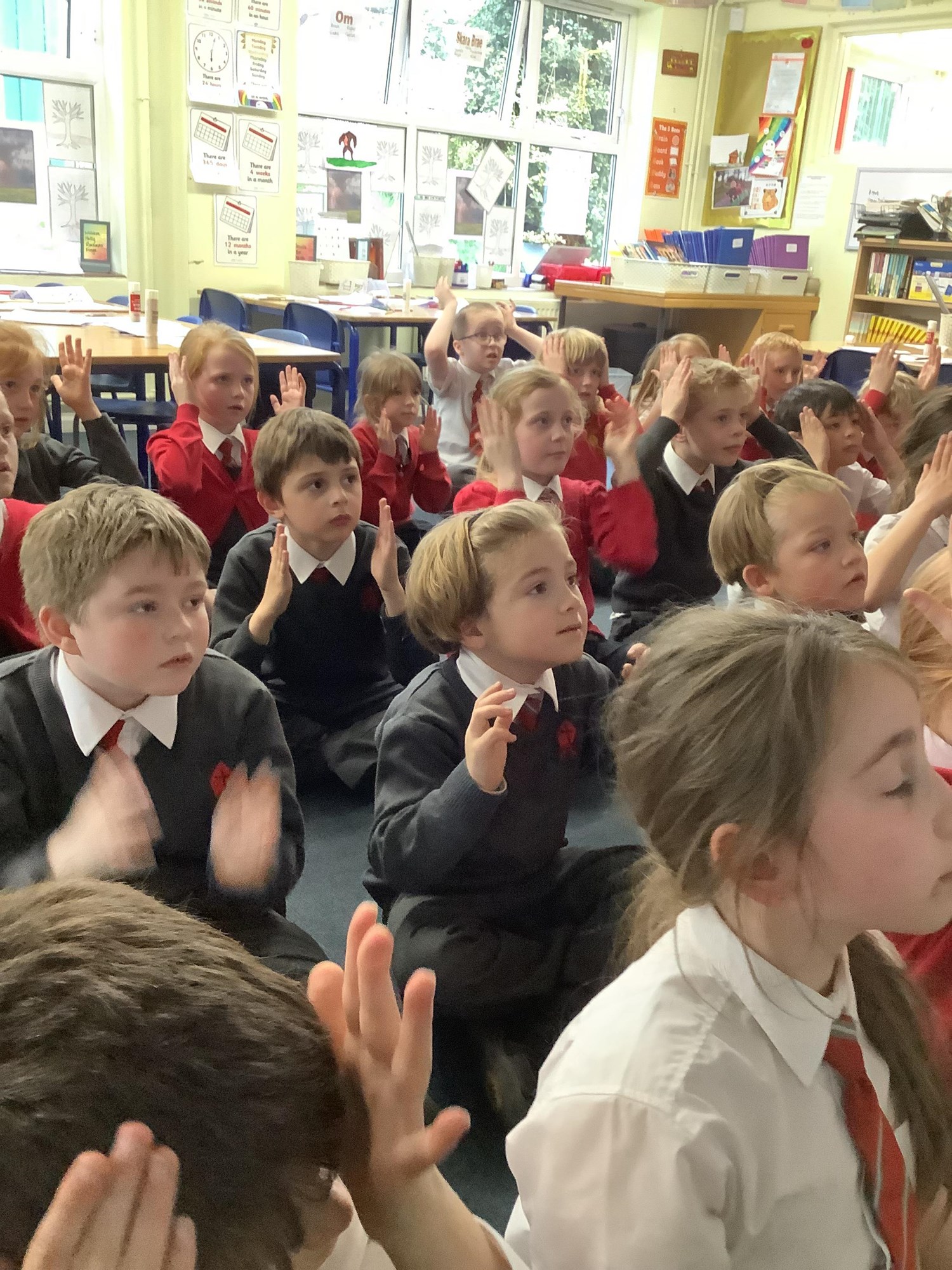 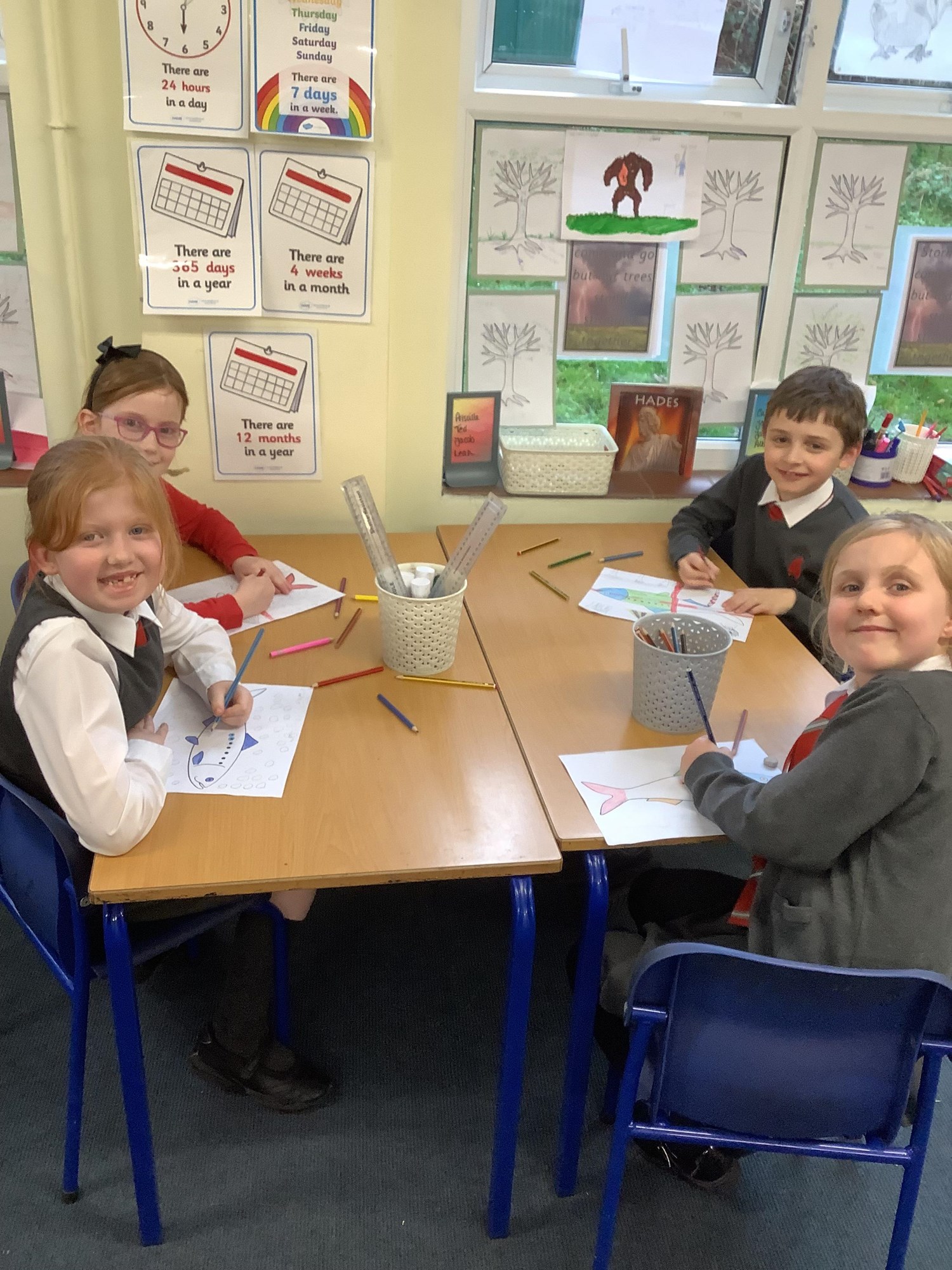 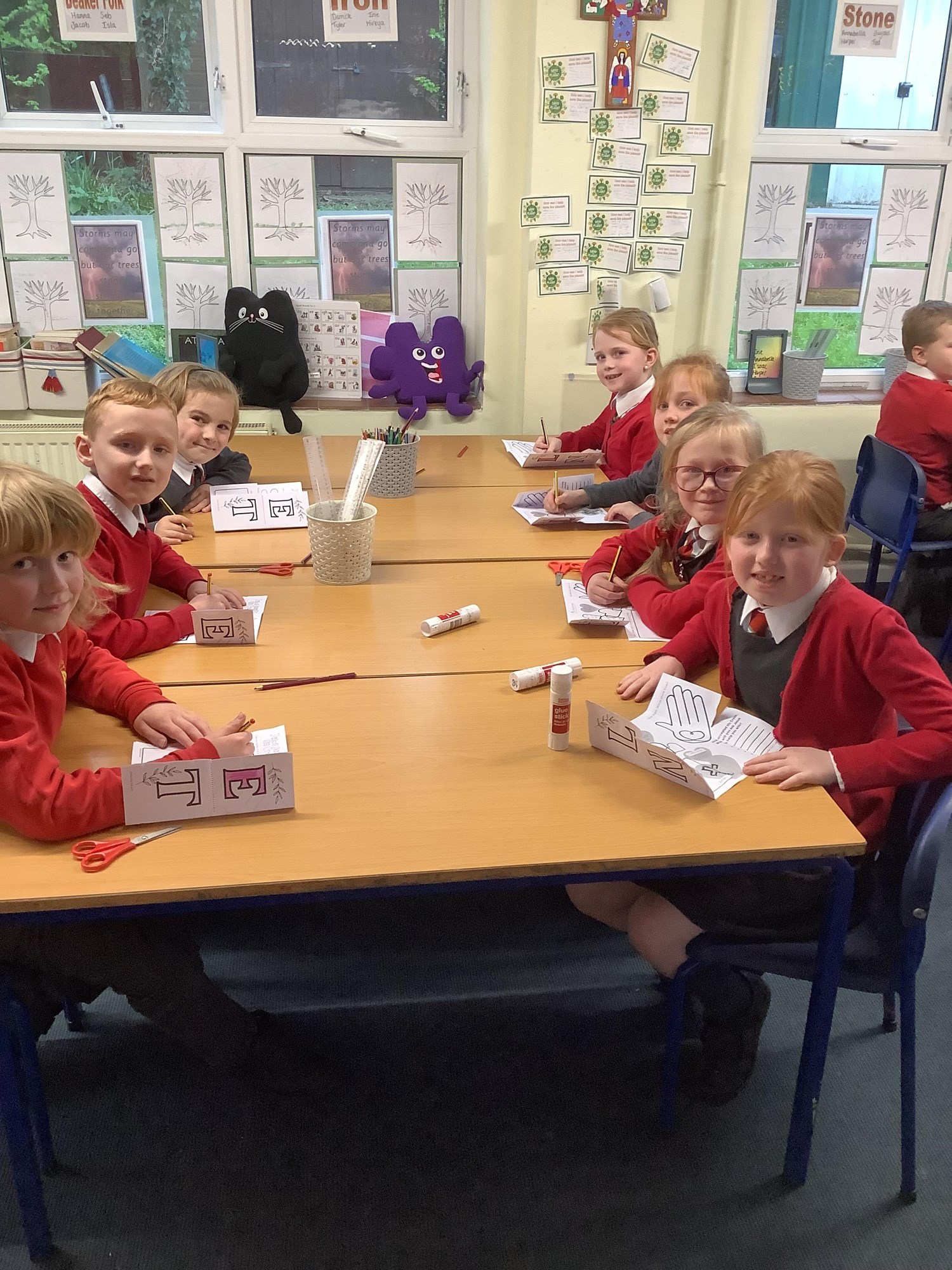 Year 1 had a lovely afternoon reflecting, singing and learning the actions during our Lenten Retreat. 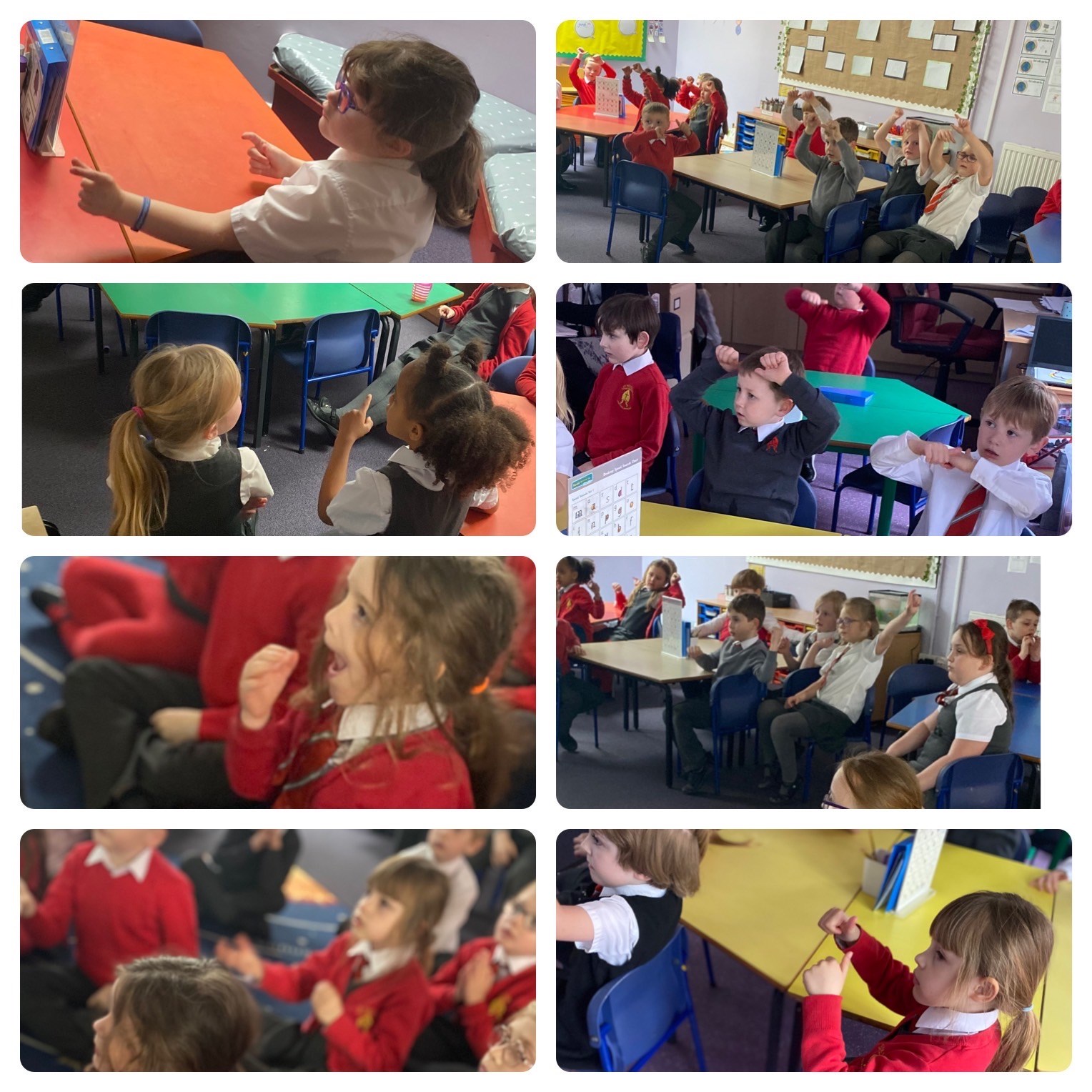 'This week in maths, Reception Class have been developing their problem-solving skills and demonstrating perseverance when trying to build 3D shapes using cocktail sticks and marshmallows'. 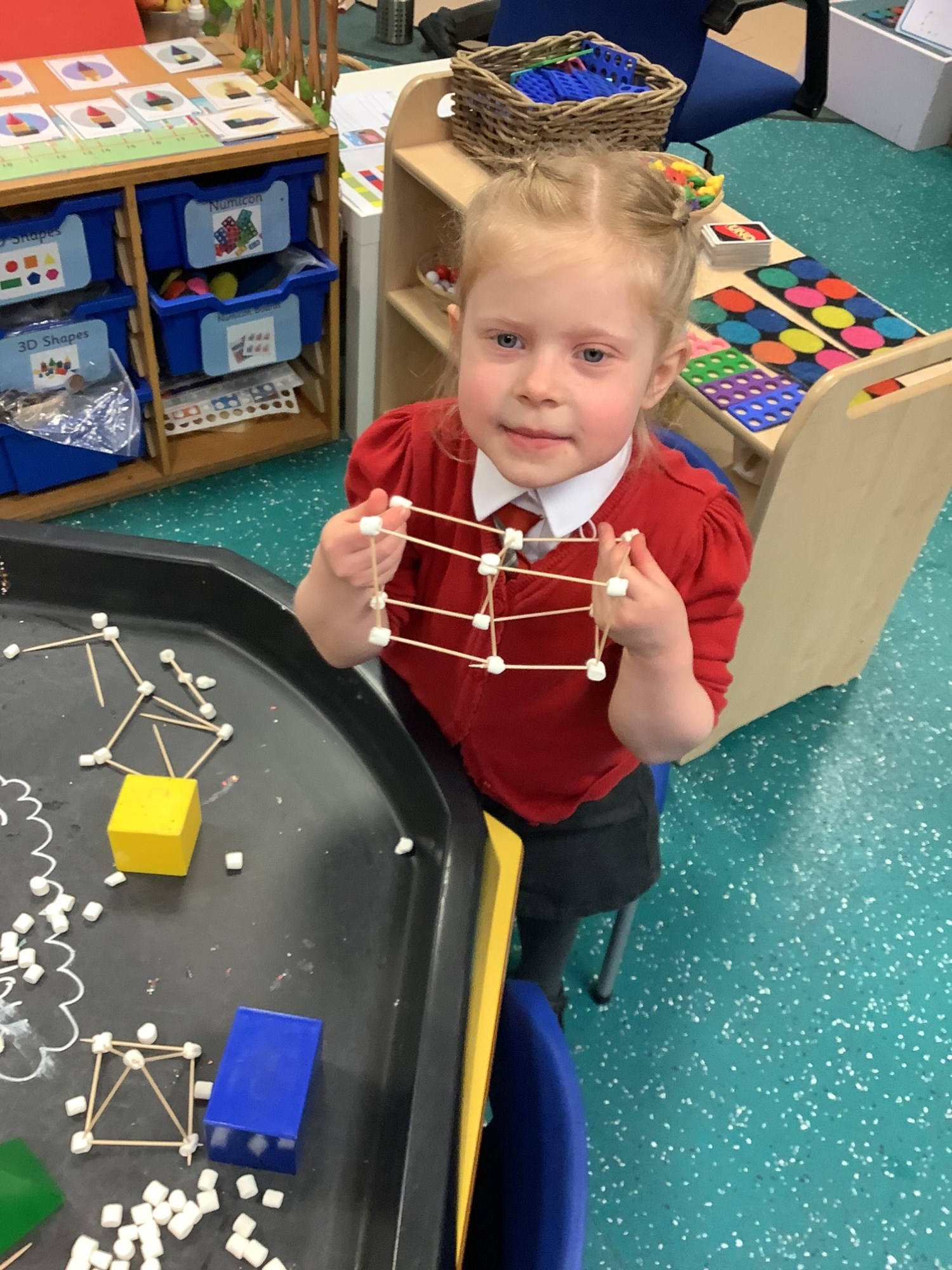 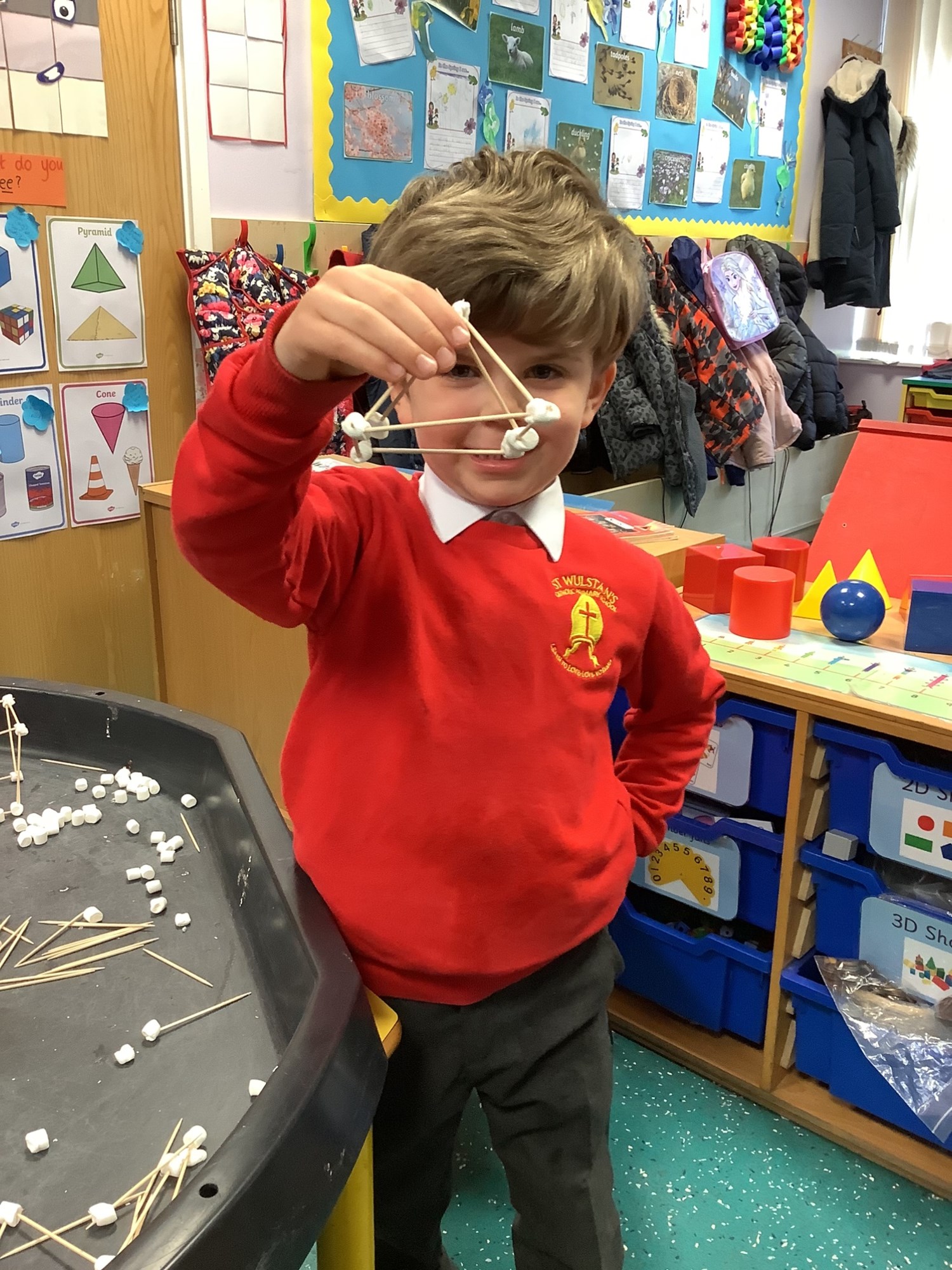 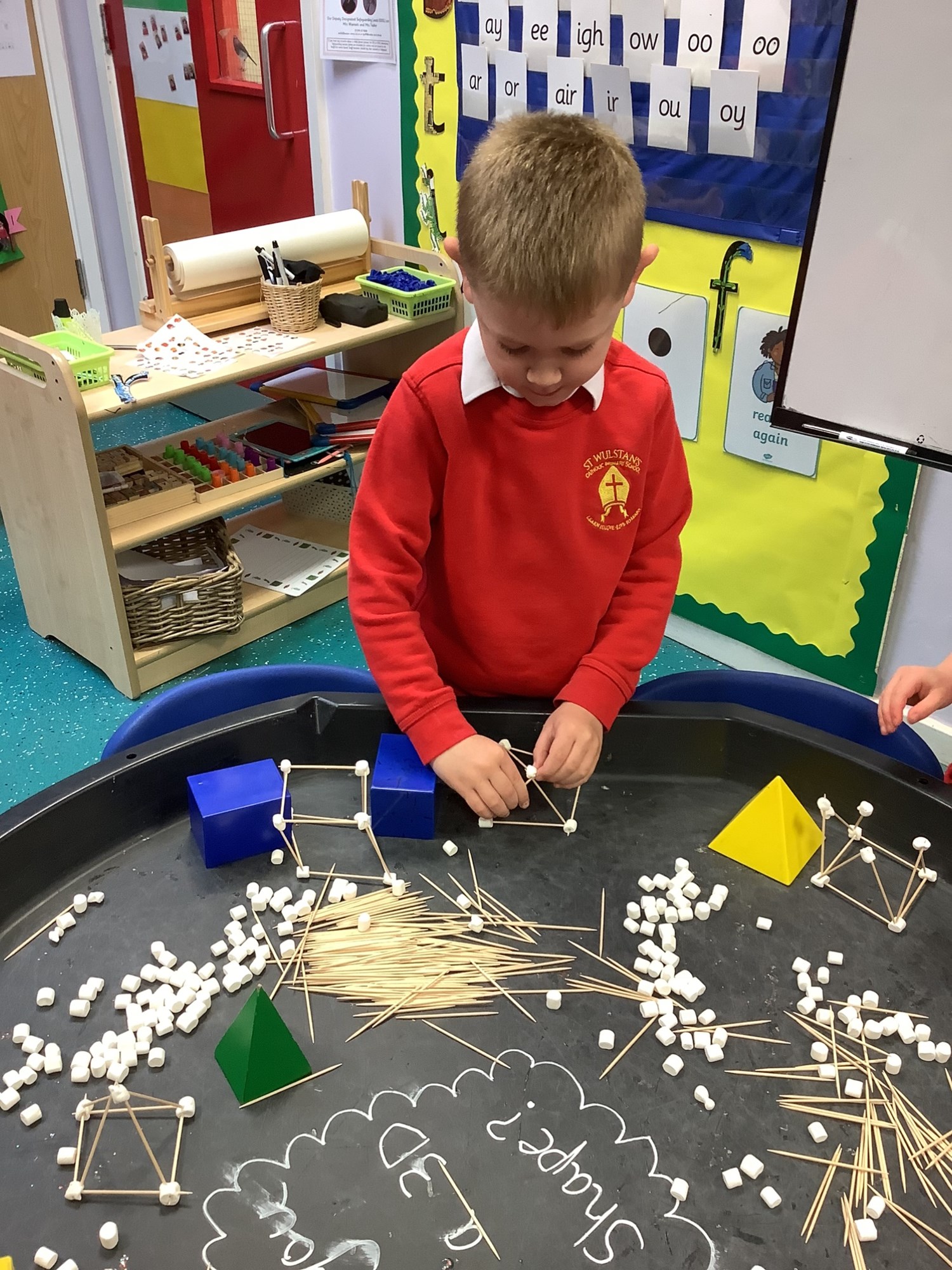 Year 4 enjoying their One Life Retreat 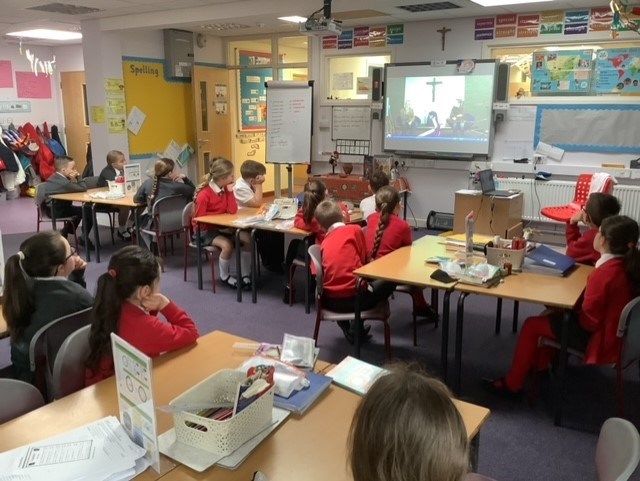 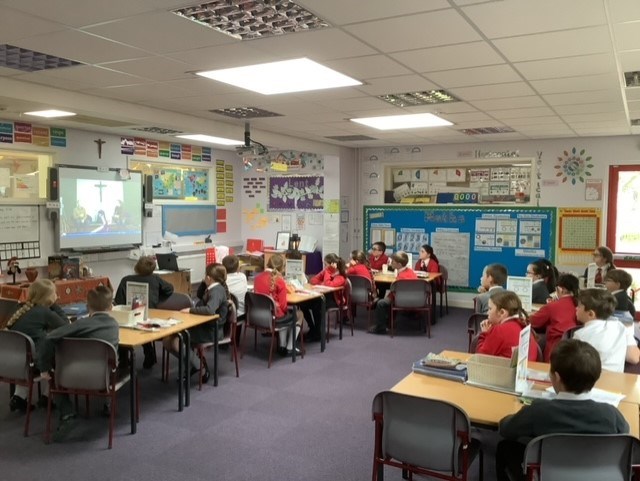 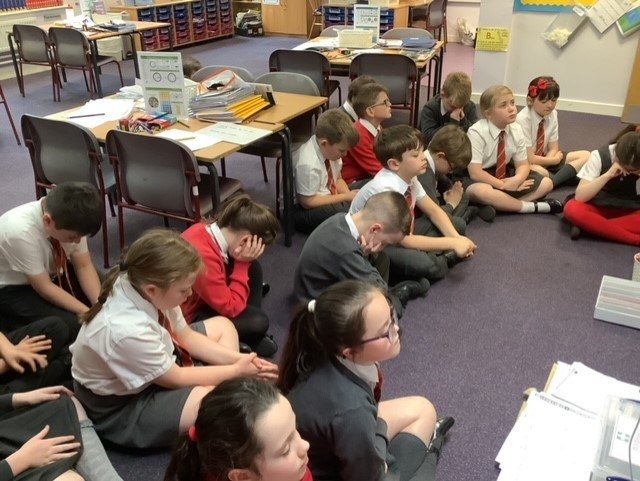 The children in Year 2 had a wonderful relaxing retreat this week spending time singing praise music while learning about Holy Week. The children also relaxed today with a taster of peer massage while restful music played after having made Easter decorations for a competition. The lucky winner will receive an Easter Egg! 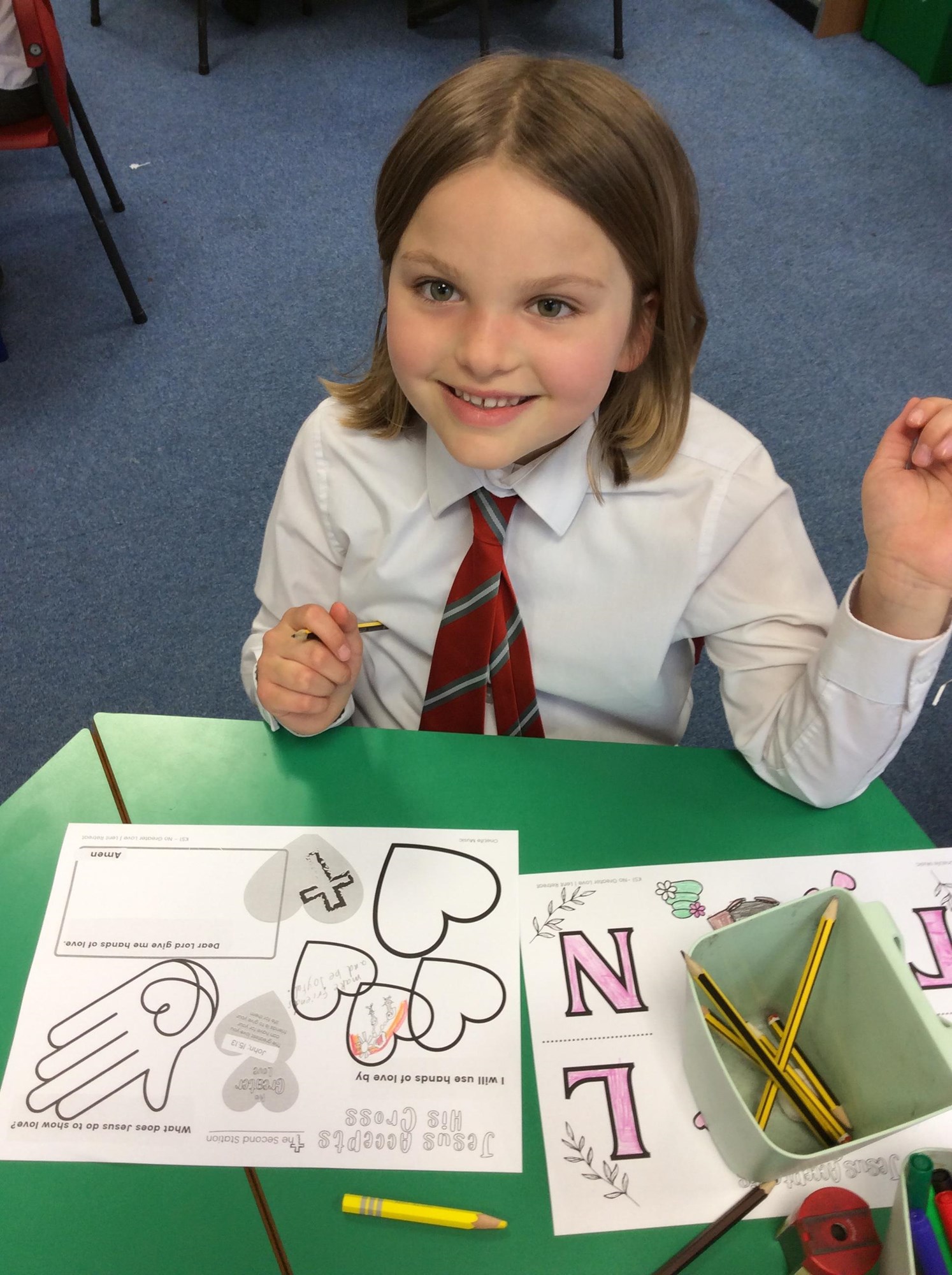 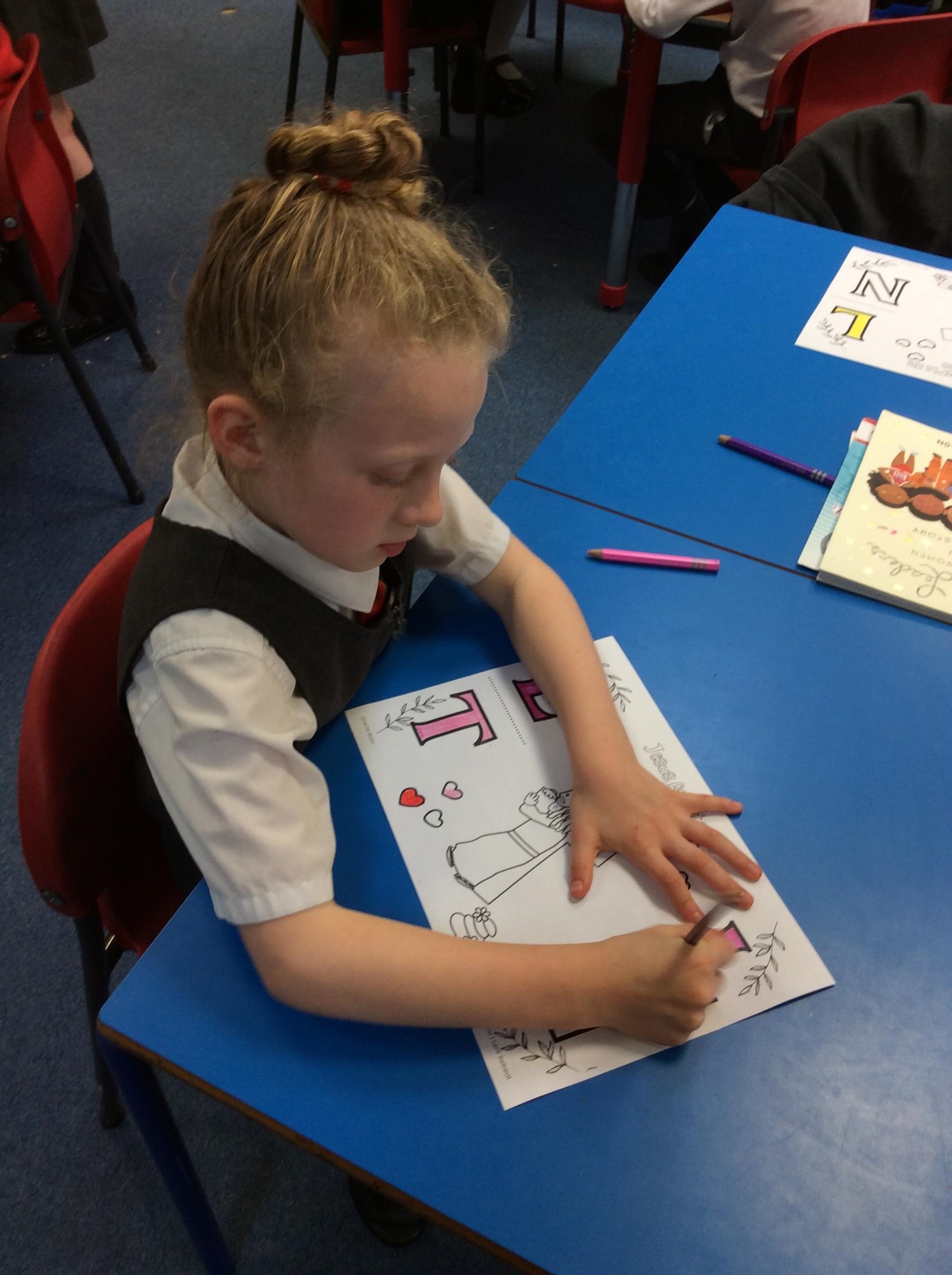 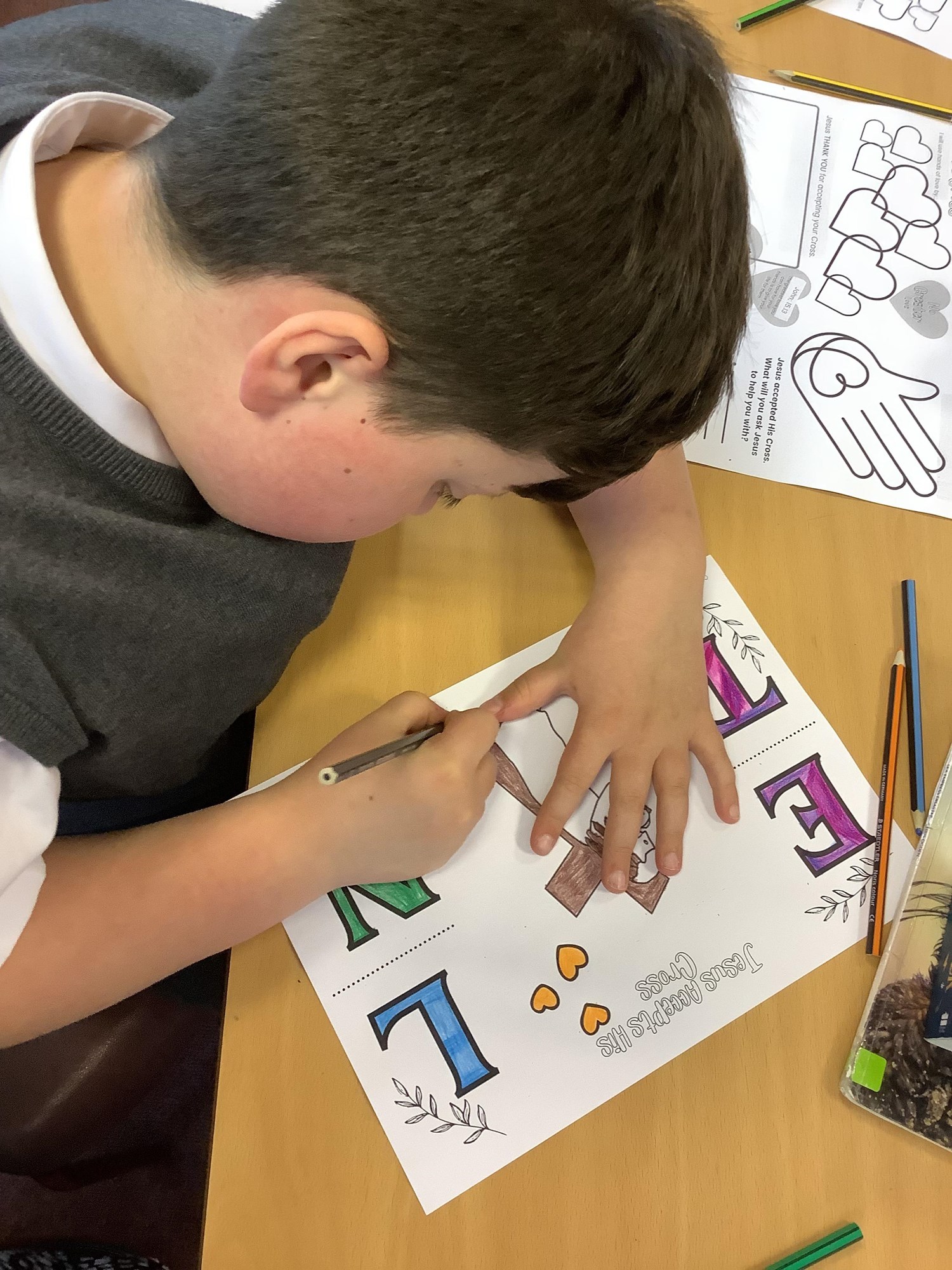 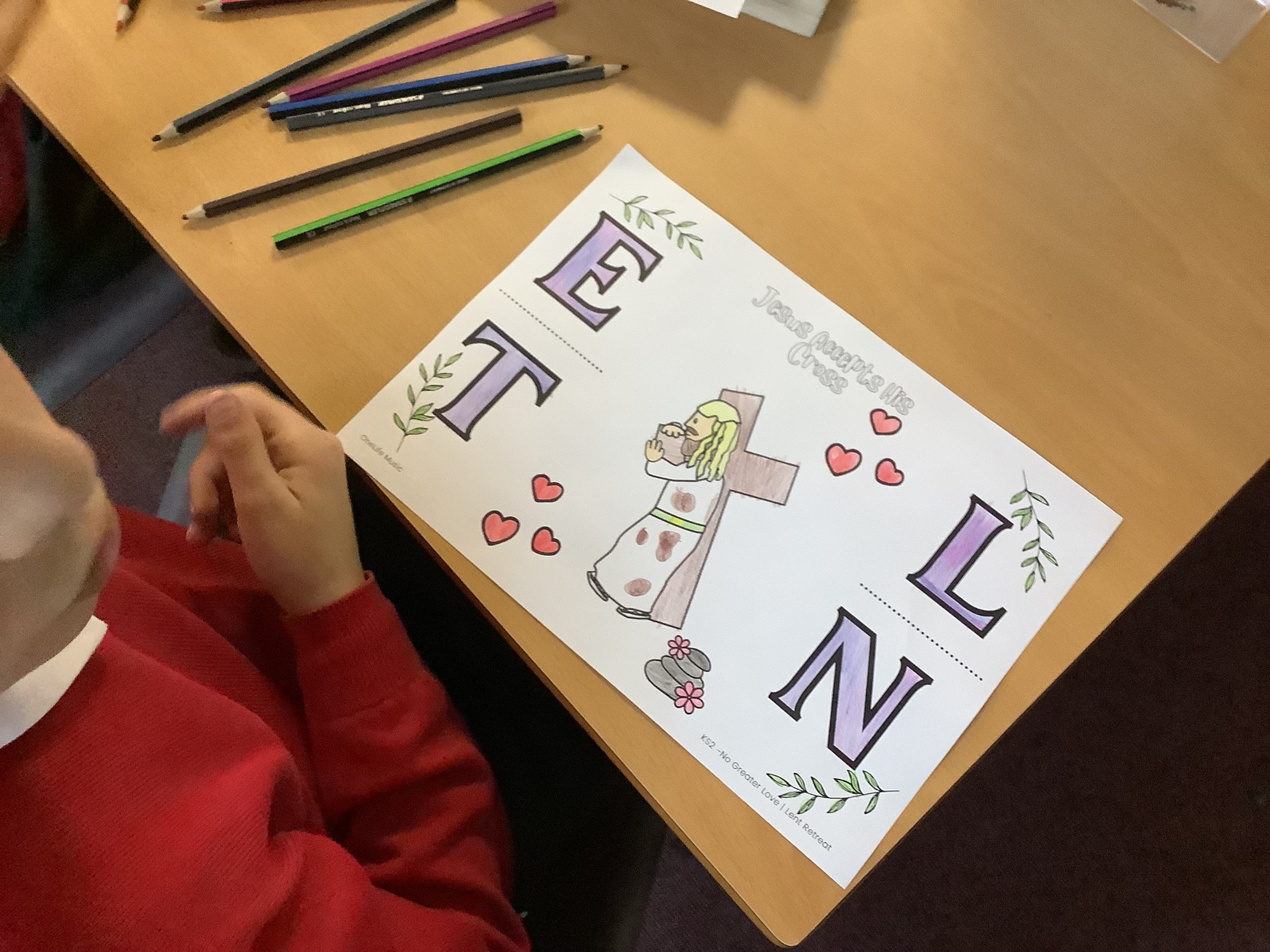 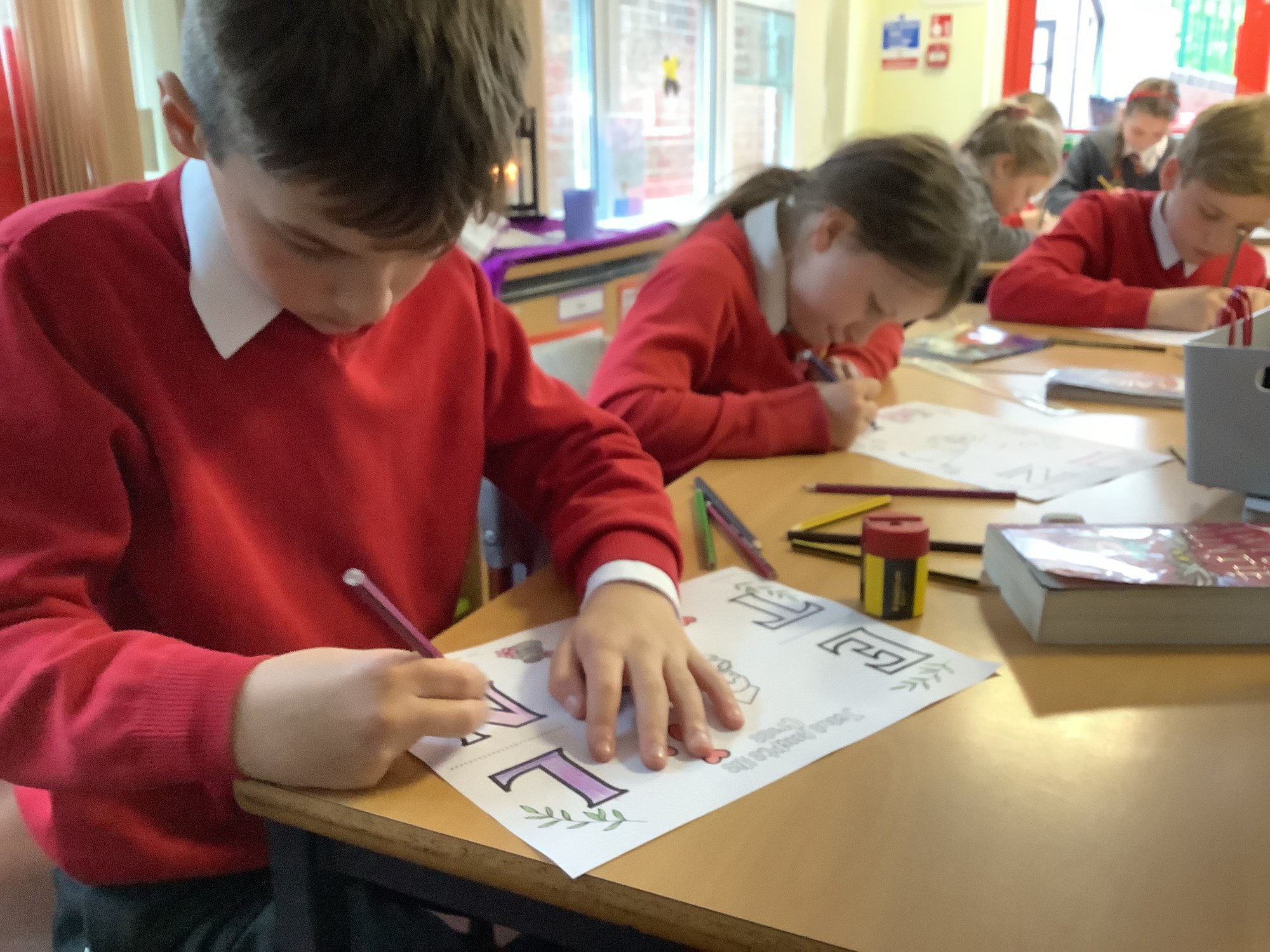 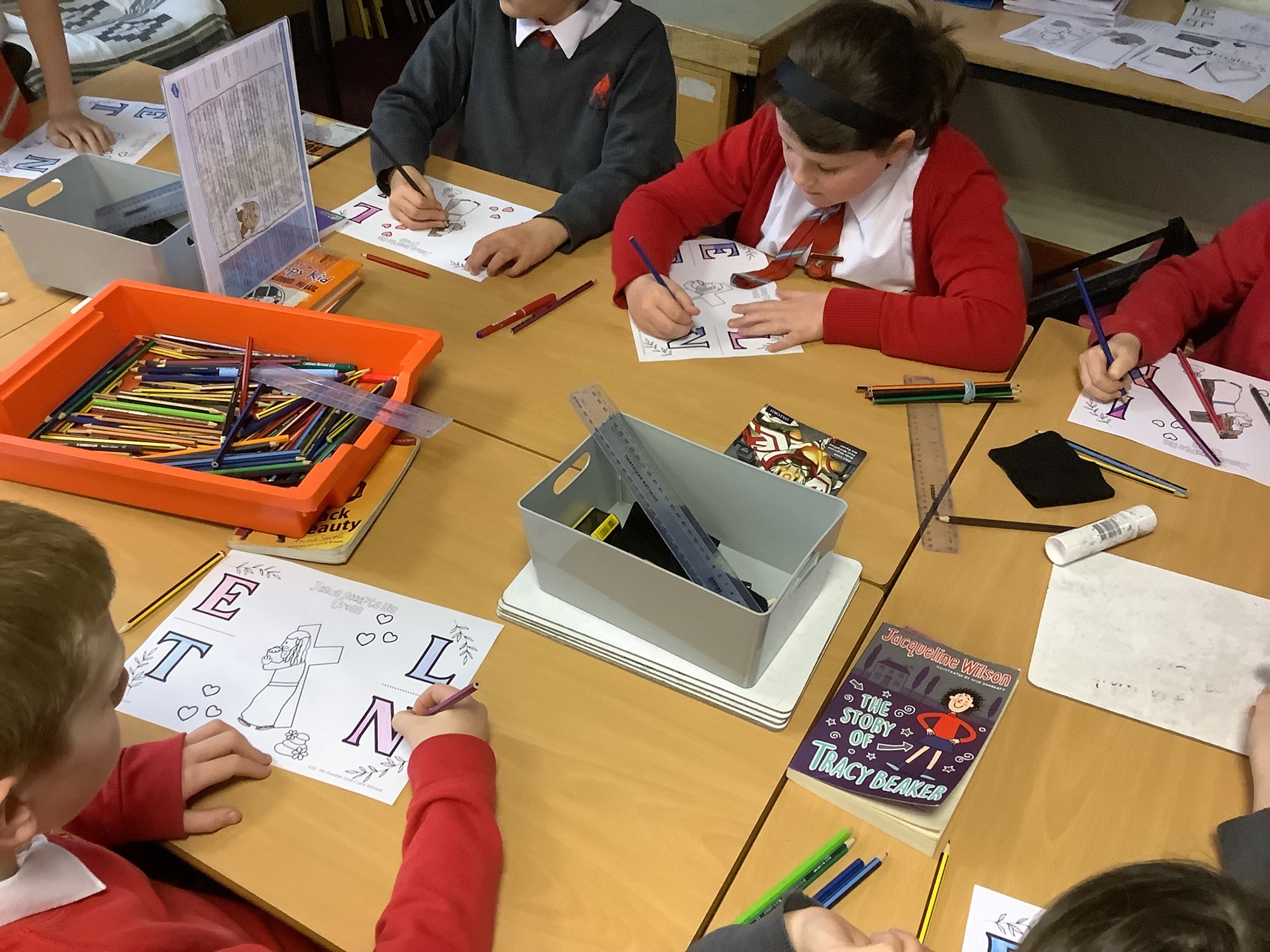 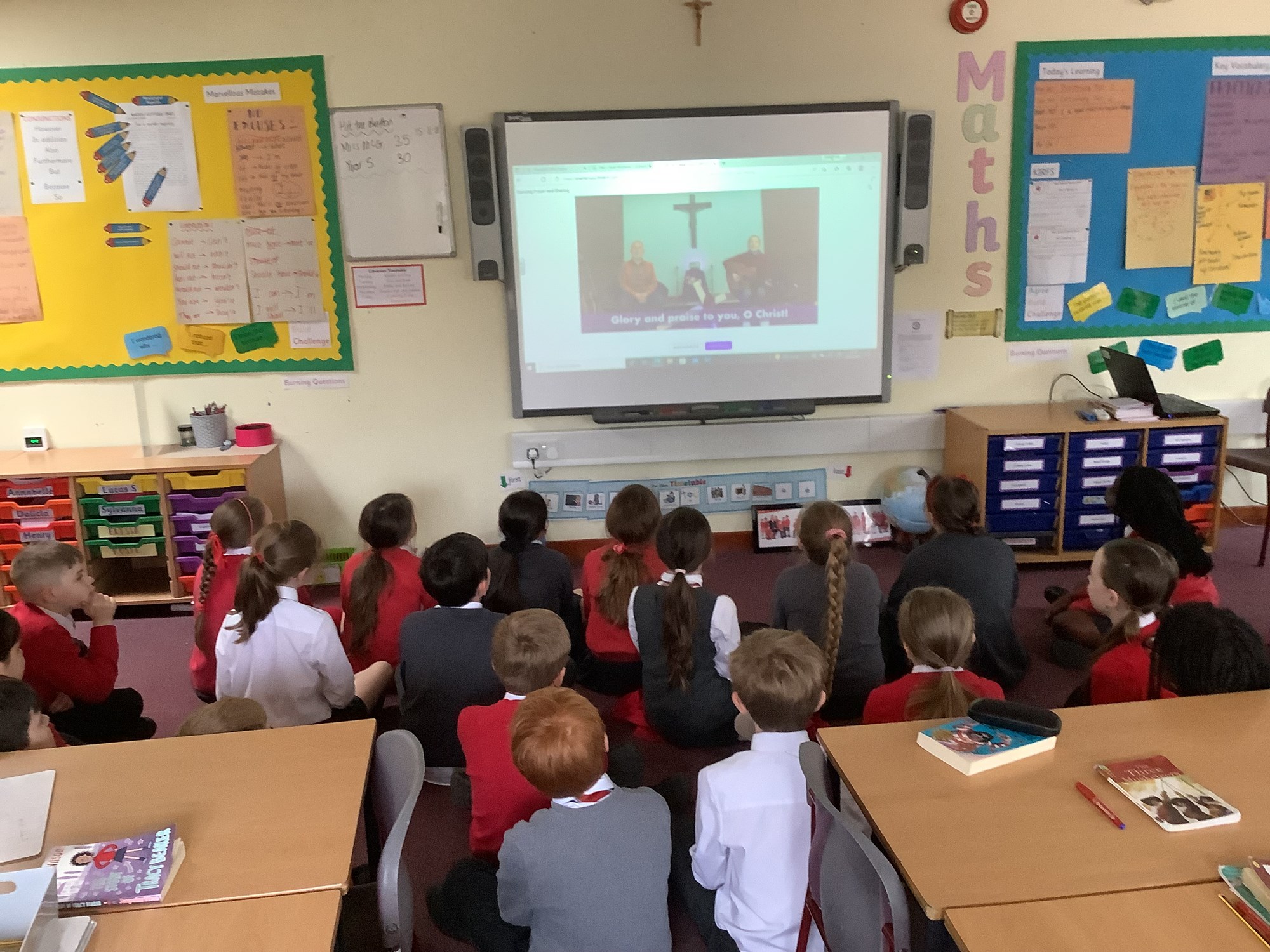 We hope everyone has a restful weekend and we look forward to seeing you on Monday for our last week of the Spring term.